Raleigh, NC - Builders Mutual has experienced several years of strong insurance operations and company growth as the construction industry continues to thrive.  In the past decade, the Company has more than doubled its premium and policy count.  As a result, the workforce and day to day operations inside Builders Mutual have evolved significantly.  An important key to the Company’s continued success is the ability to leverage its unique culture and strong brand to sustain the momentum that was generated in these recent record setting years.  In this tough labor market, Builders Mutual believes strongly in developing its staff, promoting from within, and developing succession plans to fill important key knowledge holder and leadership roles.  In 2019 alone, the Company promoted 60 employees to recognize increased levels of expertise and role expansions.  To further strengthen and grow the senior leadership team, Builders Mutual is proud to announce several recent promotions.

Mike Gerber has been named Senior Vice President and Chief Operating Officer to recognize his broad responsibility and strategic leadership over the functions of underwriting, risk management, business development, sales, marketing, human resources and organizational effectiveness. Gerber joined Builders Mutual in 1998 and over the past seventeen years has served as the Company’s Chief Marketing Officer where he has been an important part of nearly every strategic decision that the leadership team and Company have made. His involvement in strategies to expand the Company’s products, services, and footprint have led Builders Mutual to dramatic premium and policy growth.  As the leader of the strategic planning process for the company, Gerber has been instrumental in creating a long-term vision to build and maintain the Company’s competitive advantage of industry expertise in the dynamic and evolving insurance and construction industries. He is the face of Builders Mutual to many external stakeholders and is the internal champion of the Builders Mutual brand. Gerber was also influential in establishing the Job-Site Safety Institute and currently serves as the JSI President. For his long standing and dedicated involvement in the National Association of Homebuilders, Gerber will be named a Life Delegate in the upcoming January 2020 NAHB Leadership Council meeting.

Ross Fowler was promoted to Vice President of Underwriting.   He joined Builders Mutual in 2012 as AVP of Underwriting and has more than 35 years of underwriting, sales and marketing experience.  Fowler successfully completed a major reorganization which led to the creation of three distinct underwriting units for express, middle market and large accounts. This change created accountability for top and bottom line growth, increased service levels, significantly expanded capacity and solidified the quality of Builders Mutual’s book of business.  Additionally, Fowler has been instrumental in developing key pricing strategies and implementing product initiatives that have guided Builders Mutual to record levels of growth and profitability.

Brad Moock was promoted to Vice President of Business Development.  He joined Builders Mutual in 2006 and played a pivotal role in guiding the Company’s premium recovery from a low of $94 million in 2009 to more than $365 million in 2019.   Moock actively led multiple state expansion initiatives, doubling the Company’s footprint and positioning Builders Mutual for significant growth.  He established the top tier agency recognition program, Builders Reserve, and has built strong relationships with the independent agent channel and various independent agent associations.  He facilitated and led the transition of the claims organization from a vendor to internal management and is responsible for generating more than $570 million in new business production.  With over 35 years of leadership experience in claims, underwriting, sales, and operations, Moock serves as a mentor for many of Builders Mutual’s current and future leaders.

Chris Wetzel was promoted to AVP of Actuarial Services.  Wetzel joined Builders Mutual in 2016, and has been serving as Director of Actuarial Services.  He continues to demonstrate an exceptional understanding of our business and has built a strong team to lead Builders Mutual to further success.  Wetzel is a graduate of Indiana University with a BA in Economics and more than nine years of experience in the insurance industry. His career began in 2010 as a claims adjuster for Progressive and in 2013, Wetzel joined Guy Carpenter as an Actuarial Analyst. He handled a wide variety of casualty lines of business including Workers’ Comp, General Liability, and Professional Lines.  Prior to joining Builders Mutual, Wetzel relocated to Raleigh, NC as a Vice President with Guy Carpenter.

“It is my pleasure to announce these promotions and expanded roles.  Builders Mutual is proud of these four officers for their dedication and their many contributions to the success of our team,” stated John Boggs, President and Chief Executive Officer of Builders Mutual.

Headquartered in North Carolina, Builders Mutual is one of the Mid-Atlantic and Southeast’s leading writers of commercial insurance for the construction industry. In 2019, the Company was named to the prestigious Ward's 50 group of top performing companies for its outstanding financial results in the areas of safety, consistency, and performance over a five year period (2014-2018) and is one of the top 50 Workers’ Compensation writers in the U.S.  Since its inception, Builders Mutual has broadened its territory beyond North Carolina to include the District of Columbia, Florida, Georgia, Maryland, Mississippi, South Carolina, Tennessee, and Virginia. The company provides coverage to more than 25,000 policyholders through more than 5,000 sales agents and employs more than 360 staff at its Raleigh headquarters 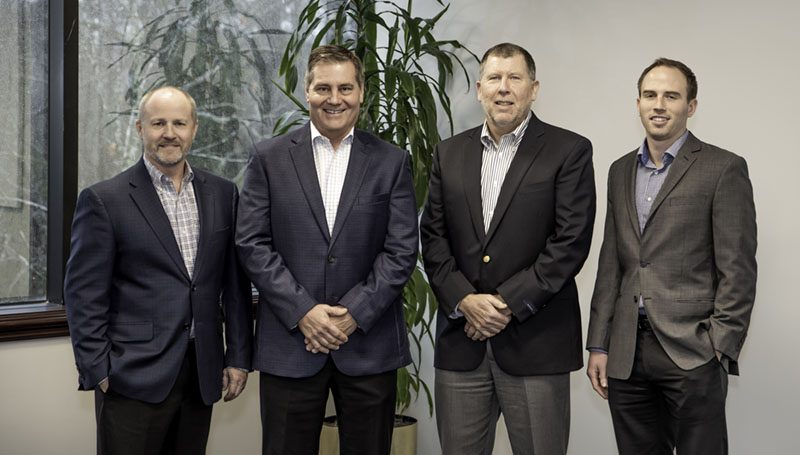